Dr. Masaki Hori, a scientist at the Max-Planck-Institute of Quantum Optics (MPQ) in Garching (Germany), has been selected by the European Research Council as one of the recipients of an ERC Starting Grant for the year 2012.

At the 5th call his project SPECAP was accepted among 4741 proposals. The European Research Council founded in 2007 is the first pan-European funding body. Its main aim is to stimulate scientific excellence by “supporting and encouraging the very best, truly creative scientists, engineers and scholars to be adventurous and take risks in their research.” ERC grants support projects headed by young researchers over a period of five years. Central topic of the SPECAP (Precision laser spectroscopy of antiprotonic and pionic atoms) project is the high precision spectroscopy of antiprotonic and pionic atoms. 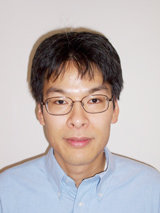 Masaki Hori studied physics at the University of Tokyo (Japan), where he received his PhD from the Physics Department in 2000. Thereafter, until 2008, he worked first as a Research Fellow of the Japanese Society for Promotion of Science (JSPS) , and then as Fellow of the European Centre for High Energy Physics (CERN) in Geneva, Switzerland. In 2007 he won the European Young Investigators Award of the European Science Foundation which enabled him to establish his own research group “Antimatter Spectroscopy” at the Max-Planck-Institute of Quantum Optics. The group is affiliated with the Laser Spectroscopy Division of Prof. Theodor W. Hänsch.

Laser spectroscopy of antiprotonic atoms aims at investigating the symmetry between matter and antimatter. Physicists believe that the laws of nature obey a fundamental symmetry called “CPT” (this stands for charge conjugation, parity, and time reversal), which postulates that if all the matter in the universe were replaced with antimatter, left and right inverted as if looking into a mirror, and the flow of time reversed, this “anti-world” would be indistinguishable from our real matter world. Antimatter atoms should weigh exactly the same as their matter counterparts and oscillate with exactly the same frequency. A couple of years ago, as part of an international collaboration, Hori succeeded in measuring the mass of the antiproton relative to the electron mass with a precision of 10 digits, by performing laser spectroscopy of antiprotonic helium atoms in which one of the two shell electrons was replaced by an antiproton. Among others, this precision was accomplished by using an optical frequency comb (an invention for which Prof Hänsch received the Nobel prize in Physics in 2005) that allows for the extremely sharp tuning of laser frequencies. With improved experimental techniques the group hopes to make large improvements in the measurement precision. From 2016 on, a high-quality antiproton beam from the new ELENA storage ring constructed at CERN will be used to reach higher precisions up to 10-11. In addition the atoms shall be stored in a radio frequency Paul trap.

The other part of the SPECAP project – laser spectroscopy of pionic helium atoms – represents an even bigger challenge. Here pions substitute one of the electrons in the helium atoms. This experiment will be the first one which attempts to study an atom which contains a so-called meson by laser spectroscopy. It is groundbreaking and risky due to a number of factors, most notably the exceedingly short (ns-scale) lifetime of the pionic atom. “But based on the experience with antiprotonic helium, I am confident that this can be overcome with a small group using clever quantum-optics and particle detector techniques”, Masaki Hori claims. Olivia Meyer-Streng