Dr. Ioachim Pupeza (Laboratory for Attosecond Physics) and Andreas Vernaleken (Laser Spectroscopy Division) are among the winners of the “Science Award 2012”.

Two young scientists from the Max Planck Institute of Quantum Optics (MPQ) – Dr. Ioachim Pupeza (Laboratory for Attosecond Physics) and Andreas Vernaleken (Laser Spectroscopy Division) – are among the winners of the “Science Award 2012”, which is biannually awarded by the “Stifterverband für die Deutsche Wissenschaft” on nomination of the Fraunhofer-Gesellschaft. Founded in 1920, Stifterverband is a private non-profit association comprising 3000 companies, organizations, and foundations, as well as private persons. The Science Award is dedicated to outstanding joint projects, in which Fraunhofer institutes collaborate with other research institutions. One of this year’s award winning projects is KORONA, a collaboration of the Fraunhofer Institute for Laser Technology ILT (Aachen), the Max Planck Institute of Quantum Optics (Garching) and the Rheinisch-Westfälische Technische Hochschule (RWTH) Aachen dedicated to the development of a powerful and compact source for coherent electromagnetic radiation in the extreme ultraviolet spectral region (EUV). The contributing industrial partners were JENOPTIK Laser GmbH, EdgeWave GmbH, and AMPHOS GmbH.

For many years, lasers have been used as versatile tools in numerous fields ranging from fundamental research to industrial applications such as material processing. In particular, lasers emitting ultrashort pulses in the femtosecond regime (one femtosecond is a billionth of a millionth of a second) are ideally suited for extremely precise and at the same time very gentle processing of highly sensitive materials. However, these lasers often do not produce sufficiently high output powers for certain applications. Thus, the scientists from ILT and their collaborators developed and improved the now award-winning laser platform for power scaling of ultrashort pulses. The main characteristic of this high power amplifier is the rectangular shape of the amplifying laser medium. Large amplification factors and compact design are achieved by sending the incoming laser pulses through different parts of the crystal multiple times.

In the frame of the KORONA project, ILT and MPQ worked on developing powerful and compact coherent light sources in the EUV. The method of choice is to convert powerful laser radiation in the near infrared into EUV radiation via high harmonic generation (HHG). 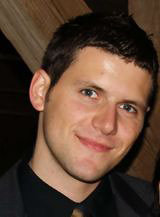 Dr. Ioachim Pupeza, born in Bukarest (Romania) in 1980, studied electrical engineering and mathematics at the Technische Universität Braunschweig. As a fellow of the “Studienstiftung des deutschen Volkes”, he was a Visiting Fellow at the Harvard University in Cambridge (USA) from 2004 to 2005. After receiving his diploma in electrical engineering (2006) and in mathematics (2007), he worked on his doctoral thesis in the Laboratory for Attosecond Physics (LAP) of Professor Ferenc Krausz at MPQ and Ludwig-Maximilians-Universität München (LMU). His research focused on the power scaling of enhancement cavities, which are currently the most successful tool for the generation of coherent light in the EUV-region at high repetition rates of about 100 Megahertz. In the frame of the KORONA project, he also investigated new methods for outcoupling the generated EUV radiation from the enhancement cavities together with scientists from ILT. Ioachim Pupeza received his doctoral degree in October 2011 from LMU. At present Dr. Pupeza is head of a research group in LAP which investigates the generation of ultrashort light pulses in the EUV. These will enable imaging of small molecules as well as larger bio-molecules and will even show the changes the molecules undergo during a chemical reaction. Similar light sources might also mean a qualitative progress to medical imaging. 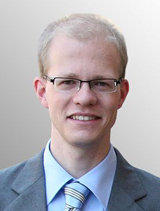 Andreas Vernaleken, born in Fulda in 1981, studied physics at the Universität Würzburg, receiving his diploma in 2007. From August 2005 to August 2006 he worked as a research assistant in the group of Professor Harold Metcalf at the State University of New York at Stony Brook (USA). Since December 2007, he has been working on his doctoral thesis in the Laser Spectroscopy Division of Professor Theodor W. Hänsch at MPQ. Using one of the high power amplifiers provided by ILT, Vernaleken and co-workers want to realize a compact and powerful coherent light source in the EUV for spectroscopic applications. The high average powers achievable with the amplifier system make it possible to generate light at extremely low wavelengths at high repetition rates of 20 Megahertz and more without using enhancement cavities or other auxiliary means. The ultimate goal of these efforts is to do precision frequency comb spectroscopy, since e.g. helium ions have transition energies in the EUV, whose precise measurement will provide further verification of quantum electrodynamics. [OM/AV]