Professor Salomon will stay at MPQ and LMU for six months.

At the beginning of this year the French physicist Christophe Salomon has joined the Ludwig-Maximilians-Universität Munich and the Max Planck Institute of Quantum Optics as a guest scientist. Prof. Salomon is research director at the Centre National de la Recherche Scientifique (Paris) where he leads a group on ‘ultra cold fermi gases’. In 2011 he was honoured with the German-French Gay-Lussac-Humboldt Prize. This award was established in 1983 by the German ex-chancellor Helmut Schmidt and the former French president Giscard d’Estaing, in order to improve the scientific cooperation between both countries, and is given since then annually to outstanding French and German scientists. 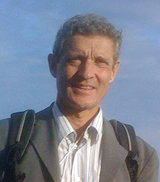 Christophe Salomon received his PhD in 1984 at the CNRS in the field of high resolution laser spectroscopy. He continued his research as a postdoctoral fellow at the Joint Institute for Laboratory Astrophysics (Boulder, USA) in the group of Nobel prize winner (2005) John Hall, where he was working on the development of ultrastable lasers and laser cooling. On his return to Paris he joined the Laboratoire Kastler Brossel at the Ecole Normale Supérieure. There he was, together with Professor Jean Dalibard, responsible of the cold atom group. In 2000 Professor Salomon became elected as research director at the CNRS where he founded the group ‘ultracold fermi gases’ in 2008.

Professor Salomon has been responsible for seminal advancements in the field of fermionic quantum gases at extremely low temperatures. His experiments address fundamental questions of how superfluidity emerges in complex many-body systems. Christophe Salomon is also partner of the European space project ACES (Atomic Clock Ensemble in Space) which will test a new generation of high precision atomic clocks based on ultracold cesium atoms.

During his six month stay at MPQ and LMU, Professor Salomon will work in the field of ultracold quantum gases and atomic clocks. “I look forward to visit Professor Bloch’s and Professor Hänsch’s experiments as well as to interact with the theory division of Professor Cirac”, he says. “My research interests cover Many-Body Physics with ultracold atoms, a subject in which Professor Bloch has currently very exciting experiments going on, and precision measurements using cold atom clocks, a subject in which I have already a collaboration with Professor Hänsch.”

Professor Salomon has been presented with several scientific prizes, for example with the European Time and Frequency Prize (1993), the Philip-Morris Prize (1993) and the Medaille Jules Haag of the French Society of Microtechniques and Chronometry in 2011. Furthermore, he is a member of several scientific organizations such as the ‘Science et Métrologie’ committee of the French Academy of Sciences, the EURAMET Research Council, and the CNRS ‘Comité National’. Since 2006 he is a member of the Scientific Advisory Board of the Max Planck Institute of Quantum Optics.

„We are very happy about this special honour for Christophe Salomon and look forward to working with him here in Munich. Already now, discussions with him have led to new ideas for experiments. We are also very honoured by the fact that after Wolfgang Ketterle another internationally renowned scientist has chosen MPQ and LMU as the host institution for their visit“, says Immanuel Bloch, Managing Director at MPQ and group leader of the Quantum-Many-Body Systems Division. Olivia Meyer-Streng