This is one of the 13 prizes which are annually granted to young promising researchers from the Italian Physical Society. 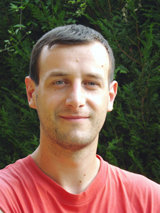 Leonardo Mazza, a doctoral student at the Max Planck Institute of Quantum Optics in Garching (near Munich), has been awarded the “Giuseppe Franco Bassani” Prize of the Italian Physical Society 2011. This is one of the 13 prizes which are annually granted to young promising researchers who graduated after 2008 in an Italian university, in order to encourage their passion towards physics.

Leonardo Mazza, born in 1984, studied Physics at the University of Pisa and at Scuola Normale Superiore in Pisa (Italy) between 2003 and 2008. He received his Master Degree in 2008 under the supervision of Professor Giuseppe La Rocca, with whom he deepened his interests towards semiconductor physics, with a dissertation on polaritonic effects in organic material. Since 2008 he has joined the Theory Division of Professor Ignacio Cirac as a doctoral student. His main interests are now quantum simulations and quantum engineering in cold atomic systems. Taking advantage also of the external supervision of Professor Maciej Lewenstein from the Institut de Ciències Fotòniques (ICFO) in Barcelona (Spain), who recommended him for the prize, he worked on the simulation of topological states of matter and relativistic field theories with optical lattices. “In this moment, I would like to thank all the people with whom I collaborated for the invaluable opportunity I was given to work with them”, Leonardo Mazza comments on his award.

The award will be presented to Leonardo Mazza on the occasion of the XCVII Meeting of the Italian Physical Society on September the 26th in L'Aquila (Italy). Olivia Meyer-Streng