He receives the prize for his fundamental contributions to the field of optomechanics. 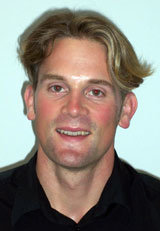 For his fundamental contributions to the field of optomechanics Prof. Tobias Kippenberg, leader of the independent Max Planck junior research group “Laboratory of Photonics and Quantum Measurements” at Max Planck Institute of Quantum Optics in Garching (near Munich) and tenure track assistant professor at the ETH Lausanne (EPFL) in Switzerland, is honoured with the Fresnel Prize in Fundamental Aspects of the European Physical Society (EPS). This award endowed with a prize money of 3000 Euro is given by the “Quantum Electronics and Optics Division” of EPS biannually on the occasion of the “Conference on Lasers and Electro-Optics (CLEO) Europe”, held during the “World of Photonics” Congress in Munich, Germany. The prize for Tobias Kippenberg as well as the other EPS-awards will be presented in a ceremony on Tuesday June 16th.

Dr. Tobias Kippenberg was born in Berlin on November 8th, 1976. As a Fellow of the German National Merit Foundation he studied physics at the Technical University of Aachen. In 1999 he moved to Caltech (California Institute of Technology, Pasadena, USA), where he received his PhD in 2004. At the end of 2005 he returned to Germany and established the independent Max Planck junior research group “Laboratory of Photonics and Quantum Measurements” at MPQ in the Division of Prof. Theodor W. Hänsch. Only recently he received his habilitation in Experimental Physics at the chair of Prof. Hänsch at Ludwig Maximilian’s University Munich. In September 2007 he accepted a call as tenure track assistant professor at the ETH Lausanne (EPFL) in Switzerland.

One of his research focus’ now excelled with the Fresnel Prize is the exploration of the field of cavity optomechanics and its application in metrology. These experiments aim at observing fundamental predictions of quantum measurement theory. For example, the sensitivity of length measurements with classical instruments such as interferometers is clearly limited by the rules of quantum mechanics. In this context Tobias Kippenberg and his team – the scientist Dr. Olivier Arcizet and the PhD students Georg Anetsberger, Rémi Rivière, Albert Schließer, and Jens Dobrindt – developed optomechanical systems with extremely small dissipation which might enable the observation of these predictions in tangible, mesoscopic objects. In particular they used toroidal glass resonators with a diameter of about 100 µm mounted on a silicon chip.

For some time now these kinds of systems have allowed to observe a number of optomechanical phenomena. For example, the team was able to prove that the light pressure exerted by photons can be used to cool down mechanical micro-systems. This new method – which is similar to the method of laser cooling for single quantum particles – could make it possible to reach the quantum mechanical ground state of an object where its kinetic energy is reduced to the fundamental quantum mechanical limit. As has been shown in recent measurements the scientists have now succeeded in reaching a state where the energy of the system corresponds to about the 60-fold energy of the ultimate quantum ground state. The optomechanical experiments of Tobias Kippenberg are an important contribution to fundamental quantum physics. The methods however that have been developed in this way can also be used to improve widely used techniques, e.g. to enhance the performance of atomic force microscopes.

Another research focus of Tobias Kippenberg is the generation of frequency combs with the aid of micro-resonators. For this inventive work he has recently been honoured with the Helmholtz Award 2009 by the Physikalisch-Technische Bundesanstalt (PTB), together with Dr. Ronald Holzwarth and the PhD student Pascal Del`Haye (see also MPQ Press Release, 9.4.09). In December 2007 he got the “Starting Grant” for young scientists of the European Research Council ERC. But even in his early years as a young student, in 1996, he not only won the German “Jugend forscht” Prize, but also the 1st Prize in the EU Contest for Young Scientists in Helsinki, Finland. Olivia Meyer-Streng