Speeding up electronics to light frequencies

New results on the interaction of femto- and attosecond light pulses with a solid insulator hold promise for reaching electronic switching rates up to the petahertz domain.

Modern information processing allows for breathtaking switching rates of about a 100 billion cycles per second. New results from the Laboratory for Attosecond Physics (LAP) of Prof. Ferenc Krausz (Max Planck Institute of Quantum Optics (MPQ), Garching, and Ludwig-Maximilians-Universität Munich) could pave the way towards signal processing several orders of magnitude faster. In two groundbreaking complementary experiments a collaboration led by LAP-physicists has demonstrated that, under certain conditions, ultrashort light pulses of extremely high intensity can induce electric currents in otherwise insulating dielectric materials (Nature, AOP, 5 December 2012). Furthermore, they provided evidence that the fast oscillations of the electric field instantly alter the electrical and optical properties of the material, and that these changes can be reversed on a femtosecond (10-15 s) time scale (Nature, same issue). This opens the door for signal processing rates reaching the petahertz (1015 Hz) domain, about 10,000 times faster than it is possible with the best state-of-the-art solid state microchips. The experiments were carried out by researchers from MPQ, LMU, and Technische Universität München, in close cooperation with the theoretical group of Prof. Mark Stockman (Georgia State University, Atlanta, USA).

Materials can be grouped in three categories according to their electric properties: metals provide free charge carriers, i.e. electrons, under any conditions, and therefore conduct electricity when exposed to even small electric fields. In semiconductors, on the other hand, the charge carriers require a certain 'energy kick' before they are able to move around. This is why semiconductors are very well suited as the basic material for electronic switching components in which the digits "0" and "1" are represented by an "on" or "off" current, respectively. The best silicon-based semiconductor components available today allow switching between these two states several billion times per second, i.e. at gigahertz-rates (1 GHz = 109 Hz). This corresponds to the frequency of microwaves.

The third group of materials are so-called dielectrics. Here, the electrons are more or less immobile, therefore, dielectrics are insulators under normal conditions; at very low electric fields they don’t conduct electric current, whereas at high static fields they suffer irreversible damage. The team of Prof. Krausz now took interest in the question of how such materials would respond to very high and (usually) destructive fields that act on it for just a tiny moment. To this way they used a special tool: very short and intensive laser pulses of visible/near-infrared light with a duration of a few femtoseconds (1 fs is a millionth of a billionth of a second), which contain only a couple of cycles with a perfectly controlled waveform. In these pulses, the amplitude of the oscillating electric field increases from moderate values to more than 10 billion Volts per metre extremely rapidly, within a few femtoseconds.

In the first experiment the scientists investigated whether these light pulses would cause dielectrics to conduct electric currents at all. Their test object was a small silica-glass prism, coated on two sides with gold electrodes with a 50 nanometre wide gap in between. After irradiating the prism with the intense few-femtosecond pulses, an electric current was measured between the electrodes. "Two effects are contributing to this result", Tim Paasch-Colberg explains, who worked on this experiment as a doctoral candidate. "On the one hand the strong electric field of one pulse enhances the mobility of the electrons. On the other hand, the appropriately directed weaker field of a second pulse pushes the mobilised electrons towards the gold electrodes." The experiments revealed that the electric current changes its direction as the weak (driving) field is delayed by half a wave period (about 1.2 fs) with respect to the strong (mobilizing) field (see figure 1). "This behaviour is a strong indication that the material is turned from an insulator into a conductor by the strong light field within less than a femtosecond," Tim Paasch-Colberg says. "However, from these observations we cannot yet conclude that the conductivity can also be switched off within the same time scale, which is a precondition for the effect being utilized for signal processing."

Figure 1: Measurement of electric currents induced by the electric field of light.

The proof-of-principle study of Schiffrin et al. was performed on a small silica-glass prism, coated on two sides with gold electrodes with a 50 nanometre wide gap in between. In order to investigate the field-induced electric current the scientists exposed the sample to the strong few-cycle field of a pulse for "mobilizing" electrons and then drove the mobilized electrons towards one of the two electrodes with the field of a time-delayed second (weaker) laser pulse. Varying the delay of the second pulse with respect to the first pulse results in a current in the external circuit with varying direction. The current turns around each time the delay is increased by half the oscillation period of the laser field, indicating that "mobilisation" must occur within a time window of a femtosecond. Illustration: Christian Hackenberger, LMU

To answer this question, a second experiment explored the underlying electronic processes. This time, the material, in form of a thin film, was exposed to the same pulses. The extremely fast variations of the electronic properties caused by the strong field were tracked in real time with LAP’s unique tool: flashes of extreme ultraviolet light shorter than 100 attoseconds (1 as is a billionth of a billionth of a second, a thousand times shorter than a femtosecond) (see figure 2). "Our results show that the field-induced changes follow, in a highly nonlinear fashion, both the turn-on and the turn-off behaviour of the driving laser field, and thus they clearly point to the reversibility of the field-induced effects," Elisabeth Bothschafter, doctoral candidate at the experiment, explains. And Dr. Martin Schultze, leading these experiments and currently on leave at the University of California at Berkeley, adds: "It is stunning that basic material properties can be manipulated, increased and decreased, at the speed of light field oscillations." 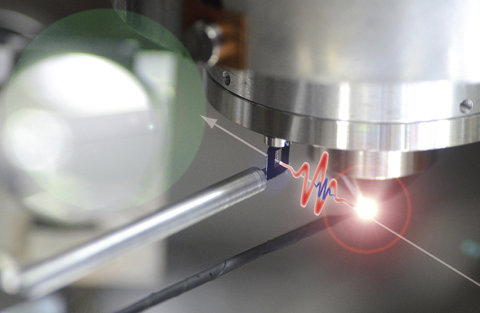 Figure 2: Attosecond real-time observation of changes in the electronic properties of a dielectric induced by the oscillating field of light.

A nanometric thin silica-glass film (black frame in the centre of picture) is exposed to intense few-femto-second light pulses (red). The strong field of the light pulse changes the electronic states in the glass, with each cycle of its oscillation. These variations are tracked in real time by a series of "snapshots" recorded by attosecond light pulses (blue) passed through the sample at different instants delayed with respect to the intense excitation pulse. The recorded attosecond snaps of the instantaneous state of the electronic system of the probed sample; from these snaps the field-induced changes can be reconstructed in "slow-motion replay". Photo: Thorsten Naeser, LMU

Both sets of experiments can be described with one and the same microscopic model developed by Vadym Apalkov and Mark Stockman, which explains – based on quantum mechanics – the underlying physical processes and supports the conclusion of full reversibility of the observed light-induced changes. "Our work demonstrates how state-of-the-art photonic techniques may explore ways of pushing the frontiers of information processing," says Agustin Schiffrin, leading the first project and currently researcher at the University of British Columbia (Vancouver, Canada). Professor Krausz, head of the Laboratory for Attosecond Physics, likes to put these measurements into a larger context: "We hope that these results provide motivation for other groups worldwide to join us in exploring and exploiting the potential wide-gap materials may offer for speeding up electronics." Olivia Meyer-Streng