Quantum Odyssey in an Ion Trap

Many classical algorithms in computer science include so called “random walks”, where possible ways to solve a problem are chosen at random. Algorithms of that kind are found in fields like physics, biology, economics, and even psychology. In quantum systems these decisions become obsolete because all possible paths are in a state of superposition and can be followed at the same time. As a consequence interferences occur that give rise to new phenomena. E.g., at crossings a quantum walker can encounter himself. Quantum walks could substantially speed up algorithms used for quantum systems. But they can also lead to new insight into the behavior of mesoscopic systems that mark the border between the classical and the quantum mechanical world. In a “proof-of-principle”-experiment, using an ion trap, Dr. Tobias Schätz, leader of the Junior Research Group “Quantum Simulations” at Max Planck Institute of Quantum Optics in Garching near Munich, and his collaborators were now able to unambiguously demonstrate the difference between the classical and the quantum mechanical “Odyssey” of an ion (Physical Review Letters, 28. August 2009).

Every time we arrive at a crossroad, we have to choose – perhaps by flipping a coin – the route to tackle. After several crossings and choices we will have followed a few out of many possible paths, maybe some of them more frequently than others.

A quantum walker in contrast does not have to decide – indeed there is no choice. At each coin toss a superposition of head and tail is generated, allowing the walker to follow all the possible paths simultaneously. As a consequence strange phenomena may show up. E.g., if paths recombine again at subsequent crossings, the walker can meet himself – and due to interference – increase his probability to be at this crossing or even disappear.

In the experiment described here a single magnesium ion stored in an electromagnetic trap plays the role of the quantum walker. Its motional ground state represents the initial state of the walk. By irradiation of radiofrequency pulses a superposition of electronic states gets excited. This simulation of the coin toss results in a superposition of “left” and “right” decision. Now ultraviolet light of a well chosen frequency gives the ion the necessary “push” to get moving. Depending on its particular electronic state the ion gets pushed to the left or to the right, whereby a superposition of the two permitted motions is generated. Therefore, quantum walks are connected with a high degree of entanglement between the two values of the coin and the two motion possibilities of the ion.

Three times the actions “coin toss” and “change of position” are repeated; this is the least requirement for the observation of quantum effects. Once this quantum evolution is completed the state of the coin and the particular end position of the ion gets detected. This procedure exploits the fact that only one of the coin states allows the ion to fluoresce. From the statistics of about a thousand measurements the physicists infer how often the ion has moved to the right or to the left. The experimental data clearly confirm the theoretical prediction of an unbalance between the two directions, in contrast of what would be expected for a classical system.

In this experiment the group of Dr. Schätz has clearly revealed the difference of a quantum system to its classical counterpart by allowing the walker/ion to take all classical paths simultaneously: Quantum interferences enforce asymmetric, non-classical distributions in the highly entangled coin and position states. Yet the number of repetition steps is limited by non-linear effects. To overcome these restrictions the scientists now propose an altered protocol that would make it possible to scale the quantum walk to many, in principle to several hundreds of steps.

Quantum walks are predicted to be of fundamental interest for many “applications”. Searching for the right path might get dramatically boosted in efficiency if one does not have to try out randomly each individual one but all of them simultaneously. This mind puzzling behaviour could, for example, help to enhance the power of search algorithms in computational science. But it is, for example, also suspected to be responsible for the high efficiency of energy transfer on multiple paths in plants, far beyond what human beings reach with their yet classical approach. [OM/TS] 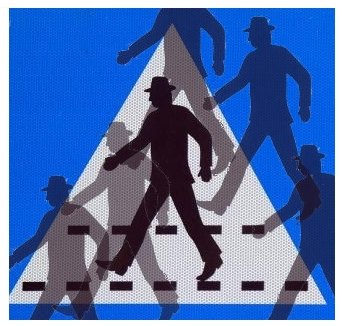 Figure: In a quantum labyrinth all possible paths are in a state of superposition and can be taken simultaneously. This gives rise to interferences that lead to strange phenomena such as the self-encounter of the quantum walker. Due to these “tricks” the exit out of the maze, e.g. die solution of an algorithm or the most efficient way of energy transfer in plants, can be found dramatically faster than with classical methods.